whiskeyclone.net   almost a ghost
top   lyrics   the song   live   notes
I'm So Lonesome I Could Cry
By: Hank Williams 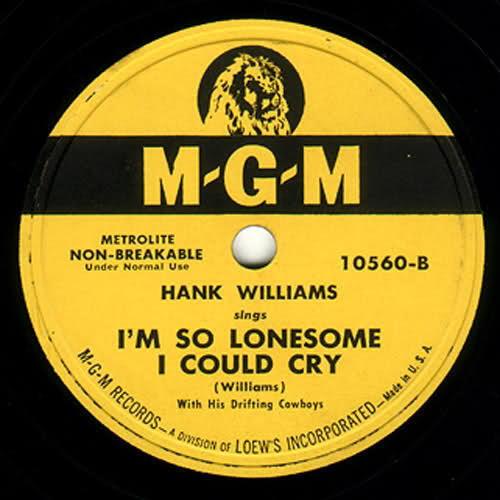 Live Versions:
Lyrics:
I'm So Lonesome I Could Cry [Live version (a)]:

Did you ever see a robin weep
When leaves begin to die?
That means he's lost the will to live
I'm so lonesome I could cry

This Hank Williams' classic is one of the saddest songs ever written. Beck has covered it live three times.
Live:

At the Silverlining Silverlake Benefit on December 15 2001, Beck performed a short set of six songs. Two of them were Hank Williams covers, one this country classic. (The other was "Lovesick Blues.") He was accompanied by Lyle Workman on guitar and Justin Meldal-Johnsen on bass.

On his acoustic tour in August 2002, Beck played one Hank Williams song every night (for the most part). "I'm So Lonesome I Could Cry" appeared twice. After the first time in Denver, he mentions that much of Sea Change was inspired by Hank Williams and Jimmie Rodgers and their "direct kind of songwriting."
Notes: