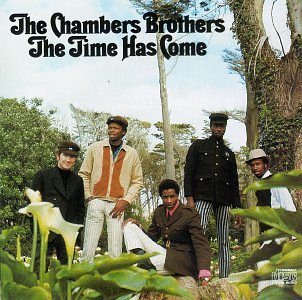 "Time Has Come Today" is a famous classic rock song by The Chamber Brothers.

Beck performed at a benefit concert in early 2005. The concert ended with a big classic rock medley jam, also including songs by The Byrds and Led Zeppelin. The medley was led by Tenacious D and Eddie Vedder, while Beck joined in on electric guitar. Dave Grohl played drums, and Josh Homme was on bass. (Will Ferrell, of course, played cowbell.)
Live: