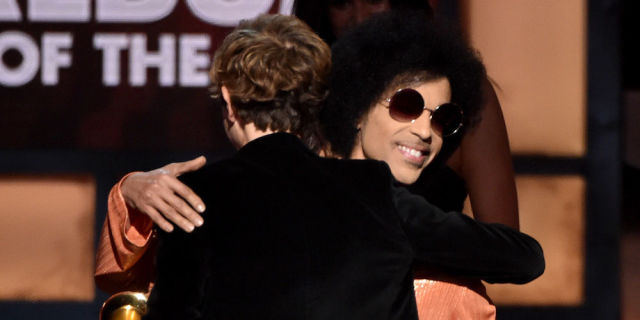 Original Performance: Prince and the Revolution
Written by: Prince

"Purple Rain" is of course the Prince song from the album of the same name. Beck is a fan.

Beck has never covered "Purple Rain" fully, but has on occasion referenced it on stage -- sometimes on acoustic guitar, once apparently on harmonium. Probably some other times we don't know about just for fun as stage banter.
Live:

Beck, at his show in San Jose, started playing "Purple Rain" on his acoustic guitar. Beck of course changed the chorus slightly, and only did a verse and a chorus before moving on.

One newspaper review of the show in Phoenix on October 28 2005 seemed to imply that Beck did a harmonium version of "Purple Rain"!