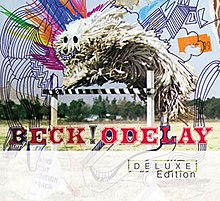 Ease yourself on down
And if you're bound and frowned
You better put it on down
'Cause 4am, gonna hit it again
Leaving dollar bills on the buffalo hills
The moon's eye is frozen shut
These vacant lanes unknown, uncut
Shredded up and sold for seed
Another tribute sent to a backwards breed
Hear those buzzards flap their heaps
Up above where skies are cheap
For pioneers with chandeliers
Darkened arks in diamond ears
Through those rusty windows
Traffics shoot like venom
Static addicts
Causing us to fly like sticks
Fumes of flags and endless wicks

Habitrails of garbage pails
I search and strip my stale grails
And when it's time to strike the blues
I gotta let my jive and jack-ass fuse
This pollution is electrocution
Riffs and rags, no resolution
My wagon limps a miser's pace
On borrowed fuels of lice and lace
Hail to the mother man
Can't stand the soul can
Cold sweat, tiger tan
Sold my gold and left this land
Vaccination, cancellation
Tuning in to the two-bit station
Alkaline batteries shot
Summer's all tied
In the hangman's knot

[Sound quality on tape is too difficult to tell much.]

"Inferno" was an outtake from the Odelay sessions. Beck spoke fondly of the song, calling it a "freak out, just eight minutes of chaos. It's sort of a testament to taking it all the way."

But for many years, fans were only aware of this track from that quote, and from one bootlegged live performance of near unlistenable audio quality.

That live version, while not nearly "eight minutes," is certainly "chaos." The song on stage was a pretty ripping mix of rap, rock, funk, noise. The live version, at least, began with the opening chords sampled from "Mr. Cool" by Rasputin's Stash. Beck would also use a different sample from the song on "High 5." (A few other vocal samples appeared throughout this live "Inferno," much like they pepper "Where It's At.")

Beck then raps a couple of verses over loud drums and groovy bass, each ending with intense shouts of "Inferno!" A very cool blues slide guitar bridge (or sample) leads to a short jam, and the song ends with Beck shouting "Laidback!"

This was performed a good year before Odelay was released, and it was still likely intended for the album at the time. But then it got dropped, for whatever reason, and was mostly forgotten. Fans remembered Beck's quote about it though, and that kept it in people's minds.

But then 12 years after Odelay came out, Beck decided to release a Deluxe version of Odelay, which included a couple of old outtakes. One was "Inferno"! Finally.

The release, however, was not a pure outtake, in that Beck appears to have added some new sounds to it. Matt Mahaffey, who toured as Beck's guitarist in 2005 & 2006, performed on the song, which clues into some newer work.

It is not clear what all the changes or additions were to the song, but my guess is that Beck took out some of the samples, and perhaps even re-recorded some, if not all, of the music? Beck's vocals, however, are probably from way back in 1995. (Sounds like it.) Some craziness remains, however I'll always wonder: was the original piece gutted in anyway, so to have lost some of the wild chaos Beck spoke of?
Live:

"Inferno" was performed at least once in 1995. Rumor has it that the audience didn't buy into it so much, it was such a departure from the norm, so Beck left it behind.

The bootleg recording is totally awful sound, and it's hard to make out much. Even reading on with lyrics from the newly released studio recording, I have no idea if the first verse is the same or not. However, the 2nd verse does seem to be the same on the live version and Odeluxe version.
Notes: