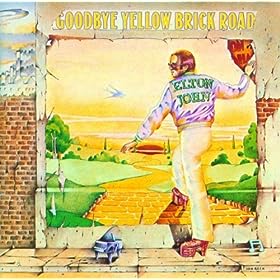 "Bennie and the Jets" is a famous song by Elton John, and it appears on his album Goodbye Yellow Brick Road.

Beck sang a tiny bit of this song in a medley with Debra on may 19, 2013. He got a kick out of rhyming Bennie with Jenny. Roger knew the song too, and played some of the piano riff.
Live: