whiskeyclone.net   almost a ghost
top   lyrics   the song   live
I Only Have Eyes For You
By: Al Dubin, Harry Warren 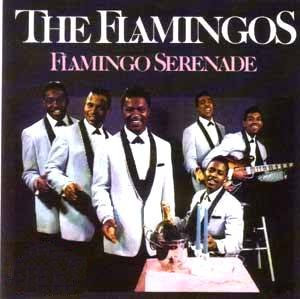 Versions:
Lyrics:
I Only Have Eyes For You [Version (a)]:

Are the stars out tonight?
I don't know if it's cloudy or bright
I only have eyes for you

You are here, so am I
Maybe millions go by
But they all disappear from view

And I only have eyes for you
The Song:

Artist Doug Aitken creates multimedia art projects that often involve music. A new one is called "SONG 1" which "transforms the outside of the cylindrical museum [Hirshhorn Museum in Washington DC] into an outdoor theater, casting 360-degree projections onto the building." The soundtrack of these projections included a number of artists covering "I Only Have Eyes For You." Beck, as you probably figured, was one of them.

There were lots of versions of the song (wikipedia says 'thousands'), but Beck seems to have based his off of the famous one by The Flamingos. They made their version in 1959.

You could, for a time, stream Beck's version on Pitchfork. I do not think there are any official sources for the song anymore. You can, however, hear it over on Youtube (and below).

Beck also worked with Doug Aitken for a charity project in 2010 on this song.