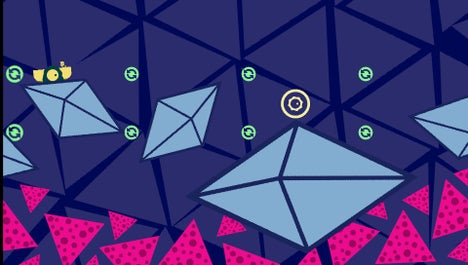 Thank you, ma'am!
Let it slide, slip and slide
Everybody knows that it's time
Shaazam wham bam
Come on, thank you ma'am
The Song:

We first learned about "Touch The People" when it was registered into the copyright database at the end of 2011 or so. Then in the summer of 2012, it was revealed that it was a song to be part of a video game called Sound Shapes (along with the tracks "Spiral Staircase" and "Cities").

My understanding is that each song is somehow its own level for the game, which allows players "to create increasingly complex beats via their achievements." I do not know if this means that every player will essentially create their own remix of these songs, or if there is a set, more final Beck version.