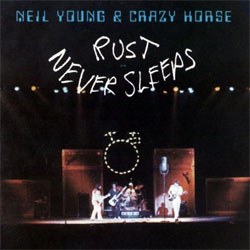 Aurora borealis, the icy sky at night
The paddles cut the water in a long and hurried flight
From the white man to the fields of green
And the homeland we've never seen

I wish a was a trapper, I would give a thousand pelts
To sleep with Pocahontas and find out how she felt
In the mornin' on the fields of green
In the homeland we've never seen

"Pocahontas" is a song by Neil Young, originally on his album Rust Never Sleeps.

Beck played it live three times in 2011, all in the same week. (Two of the shows were part of Neil Young's Bridge School Benefit concert.)
Live: