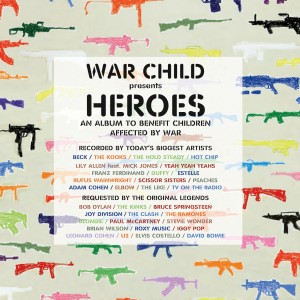 You look so pretty in it, honey
Can I jump on it sometime?
I just want to see if it's really the expensive kind
It balances on your head
Just like a mattress on a bottle of wine
Your leopard-skin pill-box hat

If you want to see the sunrise, honey I know where
Let's go see it sometime, we'll both just sit there and stare
Me with my belt wrapped around my head
And you sitting there
In your brand new leopard-skin pill-box hat

I asked the doctor if I could see you
"It's bad for your health," he said
Yes, I disobeyed his orders
I went to see you but I found him instead
Well now I don't mind you cheatin' on me
But I wish you'd take that off his head
Your leopard-skin pill-box hat

This is a classic blues song from Bob Dylan's 1966 album, Blonde On Blonde.

An album was put together where a handful of legends, like Dylan and Paul McCartney for example, were asked to pick a song from their back catalog and then to have a favorite contemporary artist cover it. Dylan picked Beck to do this song!

Shortly after recording "Leopard-Skin" in the summer of 2008, Beck began playing a shortened version in his live sets.
Live:

For the second half of the Modern Guilt tour in 2008 and into 2009, Beck took to performing "Leopard-Skin" live.

Then, after a few years away from regular touring, Beck came back to the road in 2012 and did the song a few more times then, before dropping it.

In 2015, Beck appeared at the yearly MusiCares tribute concert, and that year's tributee was Bob Dylan. He and his band performed "Leopard-Skin" one last time. (And reportedly this show was filmed and will be released but as of 2017, this has yet to happen.)